Demolition of Brick Chimney at Papermill in Watchet Somerset

Built in 1865 the square shaped chimney was built from local red bricks from Wellington Brickworks. Each of its four sections was marked by a double course of buff bricks from Ebbw Vale and was further bound by iron bands. Originally 75 feet high two further sections were added totalling an additional 15 feet to provide additional up-draught.

As the chimney was starting to split in two we demolished it utilising breakers. All rubble had to be disposed of by chutes to alleviate any further stress on the structure.

With very limited access and being adjacent a public footpath stringent procedures were adopted to ensure client, public and operatives safety during the works.

A new stainless steel structure now serves the mill in place of the old brick chimney. 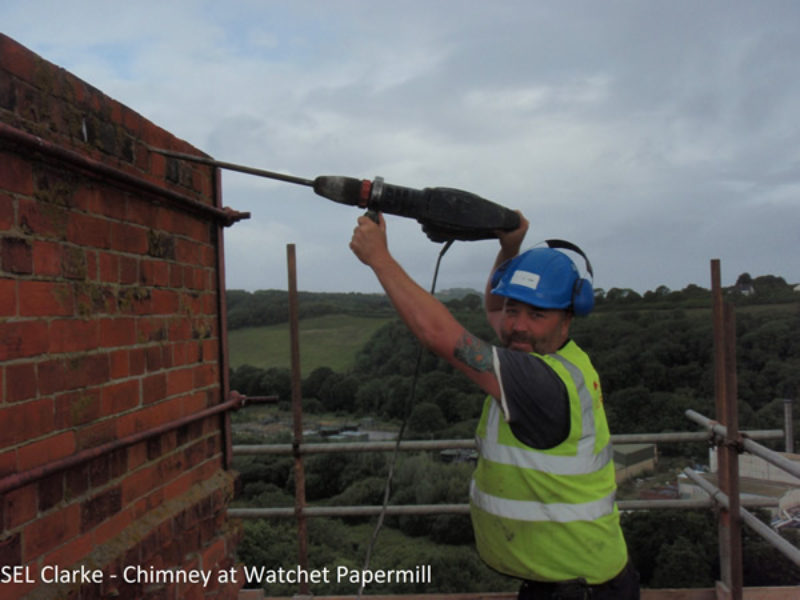 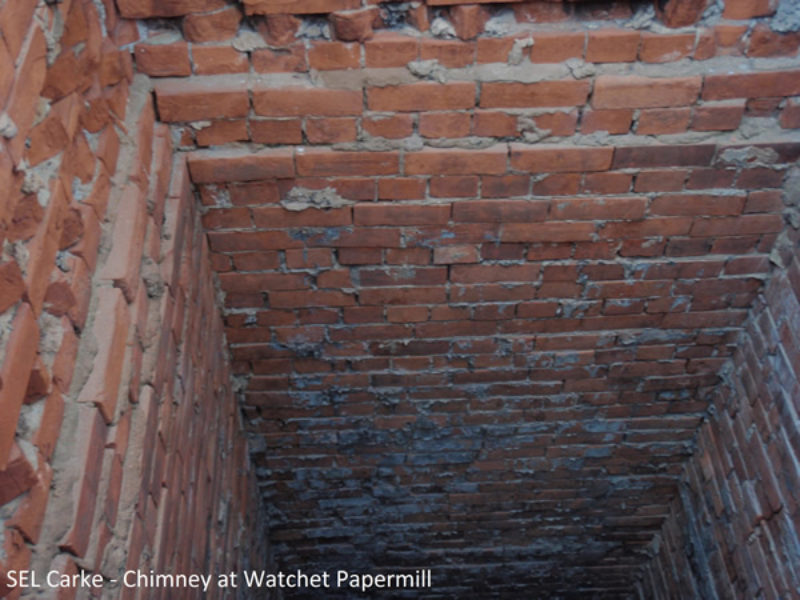 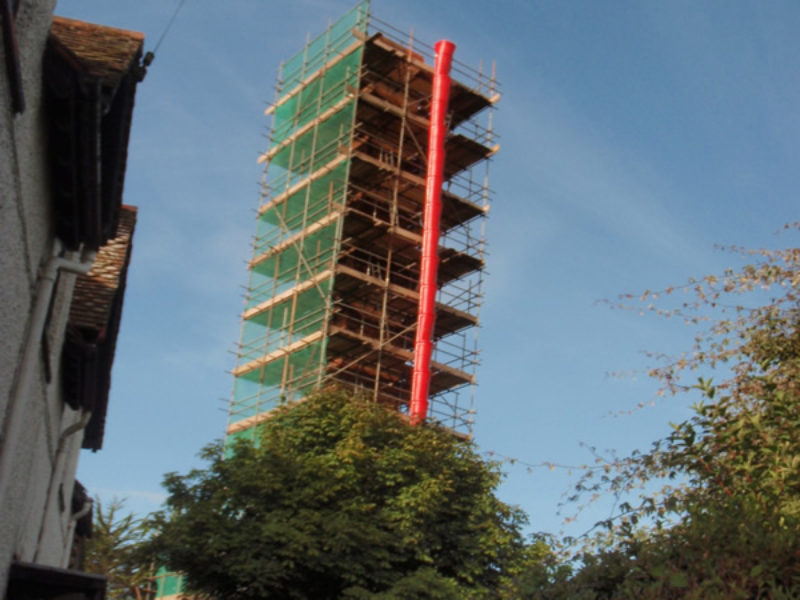 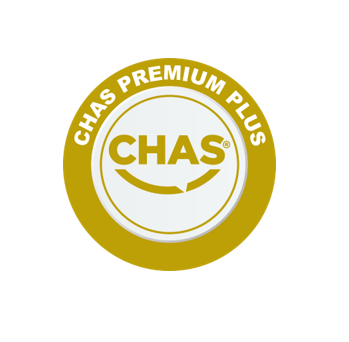